The H2HC 2017 Badge is a small USB HID injector based on the ATTiny85. After it was worked out that the ATTiny85 could be used to BitBang USB (it does not have a native USB interface) many projects based on this chip have appeared. One of them being the HIDIOT by Steve Lord from rawhex which was recently funded on Kickstarter and has been widely sold. While the HIDIOT is designed to be a dev board with enough space to add bits and pieces, the H2HC badge is solely aimed at being small. The design is based on the Wattuino Nanite 85 board from Watterott Electronics, which is also the team who manufactured the badges.

The badge consists of two pieces: a base plate with a lanyard interface, a 2.54mm to 1.27mm pinhead adapter and a USB socket. The USB socket is solely there to actually hold the small USB stick. The USB stick itself contains only the ATTiny85, a few capacitors, resistors and a blue LED. The LED is directly connected to the VCC pin and as such is on when the device is connected to a working USB socket. It cannot be programmed / controlled.

The controller is pre-programmed with the Micronucleous bootloader. As such it can be directly programmed via USB with the Arduino IDE. To start the bootloader one simply has to press and hold the reset button for a short period of time while inserting it into a USB slot. If you have issues detecting it, give Google a try. A few different specific platforms seem to have very specific issues with the “bit-banged” USB.

Being small and able to emulate USB HID devices it can be used to automate / script basic attacks against various platforms. It is import to remember that keyboard strokes are highly dependent on localization settings of the target machine! 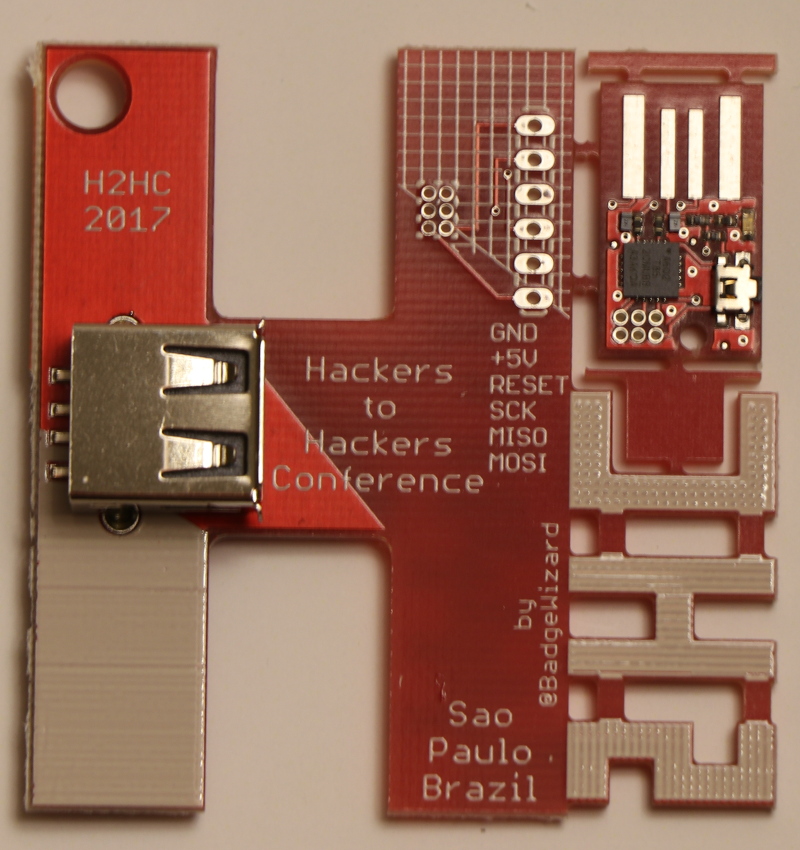 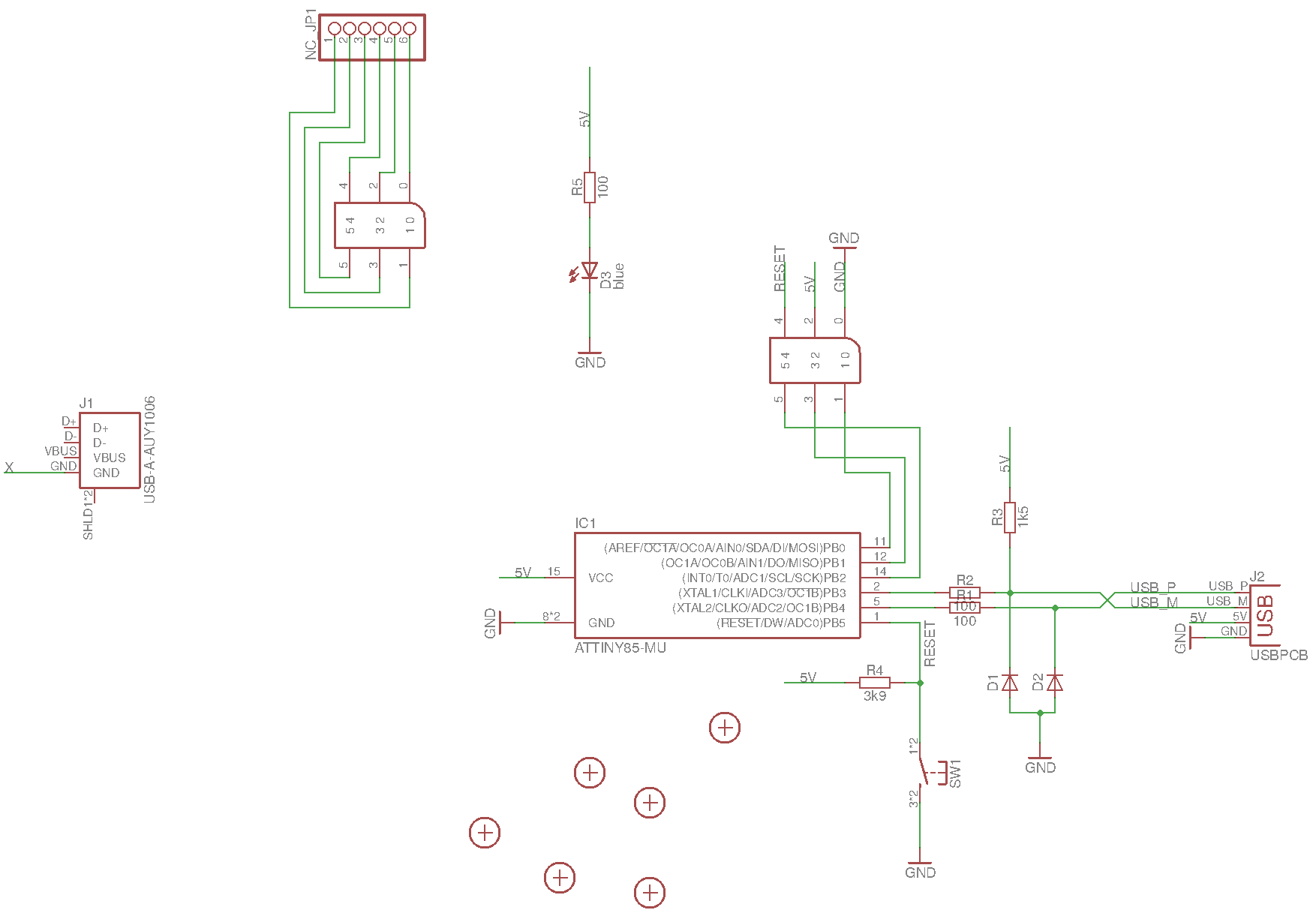 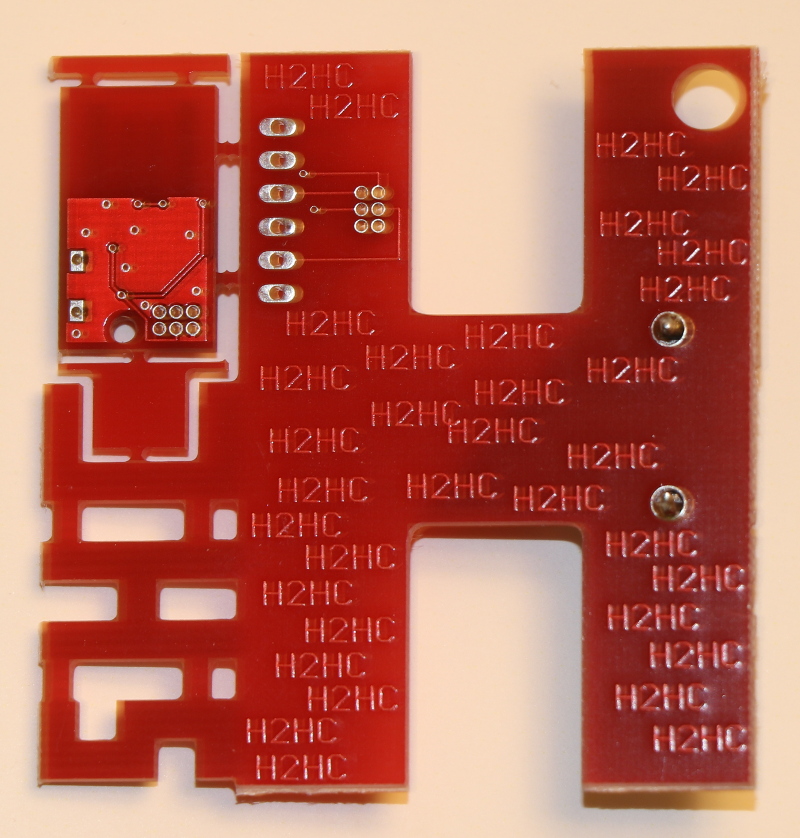 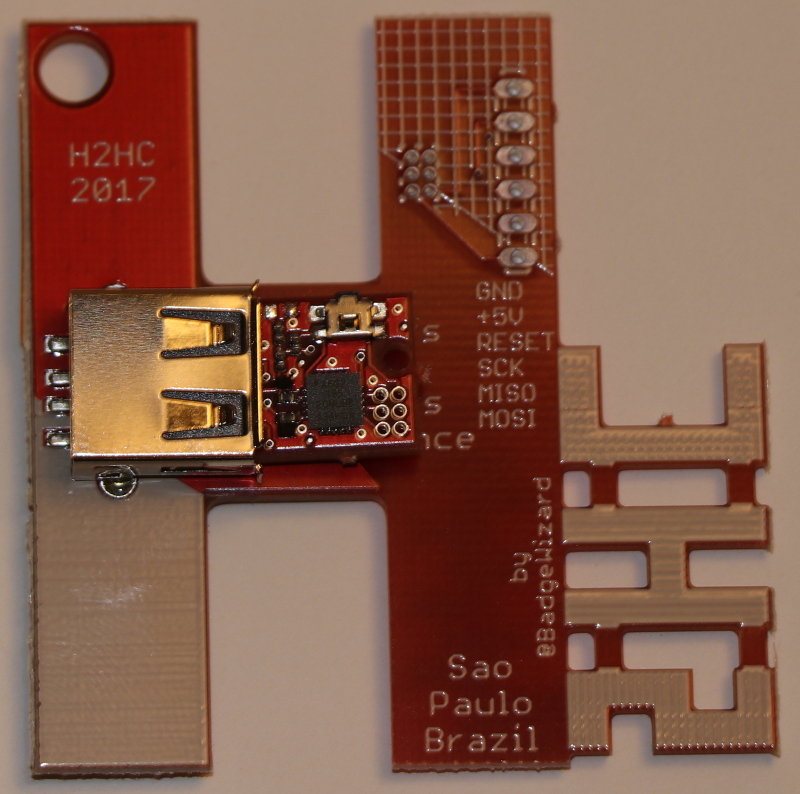 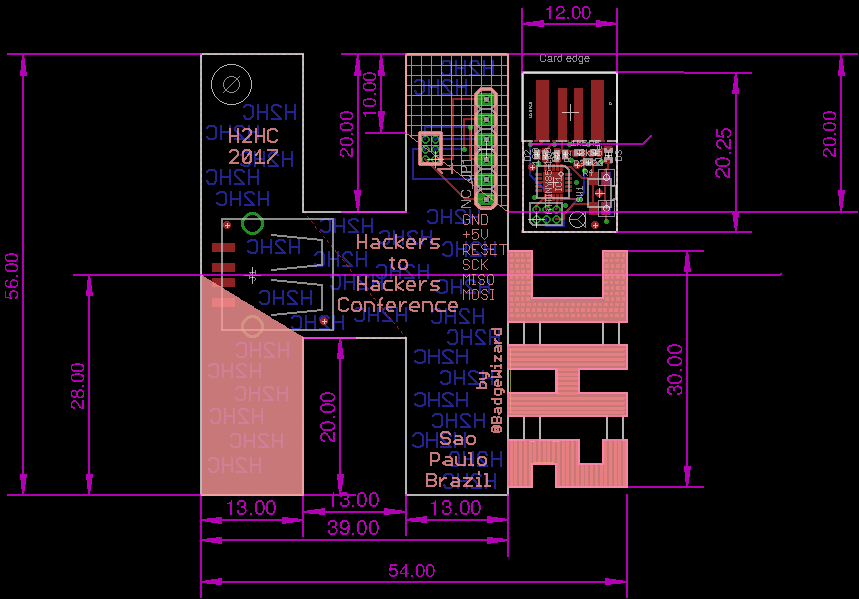