A few months ago a friend asked me whether I’d be prepared to assist the Hacker Jeopardy staff to create a fun little prize for the 25th jubilee edition. After talking cool ideas, steampunk, nixie tubes and badges, we changed over to a small diorama of the HJ stage. All in all it resulted in the production of a limited edition of 15 Nixie tube clocks. 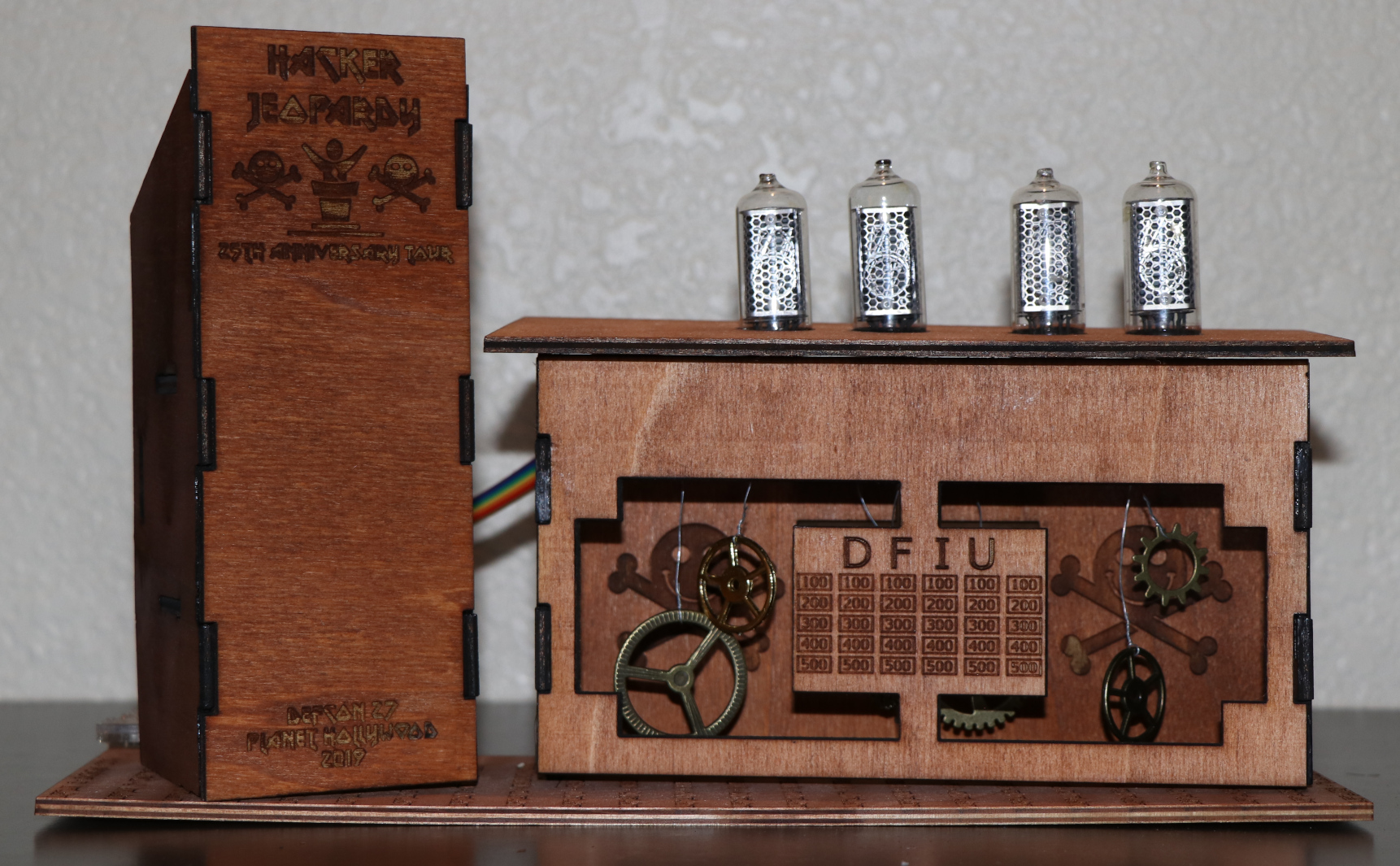 The Nixie Clocks can be brocken down into 6 pieces for transportation (they had to survive the trip from Germany to the US in a suitcase…):

Both the podium and the table have small feet, which perfectly fit into the cutouts on the ground plane. One just has to carefully squeeze them together a little and then firmly push the parts in place. For final assembly, I’d recommend adding a little bit of glue. Then Nixie board can be placed in the top of the table and covered by the table surface. The iluminated beer bottle holder is a little optional gimmick, that can be placed on the two holes behind the podium. As the Nixie board and the bottle holder are connected to the mainboard in the podium with plugs, they can both be disconnected.

To power the clocks, on simply has to plug in a Micro USB power supply underneath the podium. 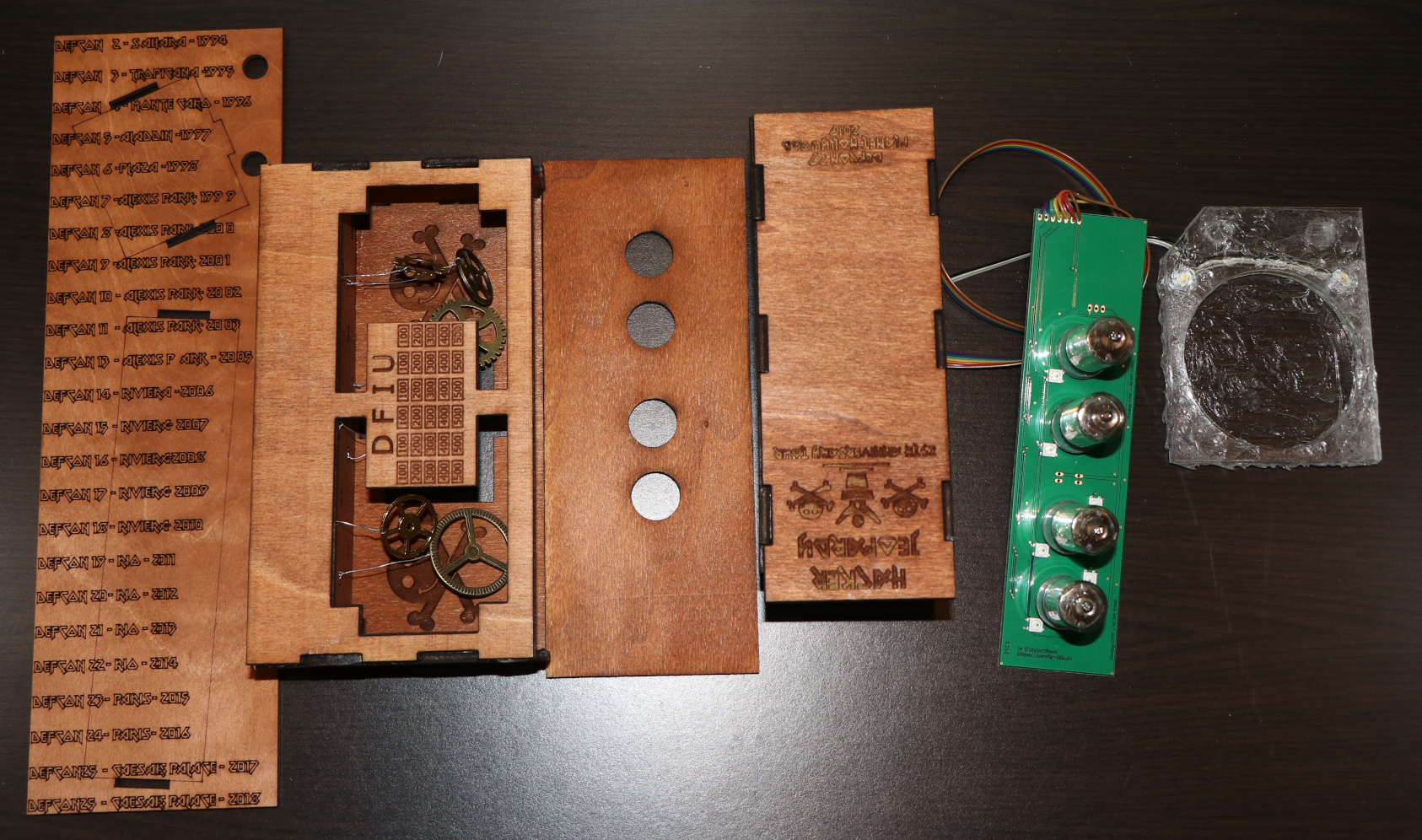 The clock can be controlled by the four buttons on the podium. When viewed from behind, the two buttons on the right can be used to change the current setting mode, which is display by a binary menu via the decimal points on the tubes.

The default mode is mode 0, which is clock operation. When pressing the top right button, the mode is switched into mode 1.

The two buttons on the left can then be used to either go through the list of available backlight colors or simply increase / decrease date & time. Eventually on can use the buttons on the right to go back into mode 0 and reenable the clock mode.

The main PCB actually just consists of a few headers and some pull-up/-down resistors. The device’s brain is a ESP-WROOM-32-Breakout - ESP32 WiFi+Bluetooth by Watterott electronic. The headers on the PCB are for

The Nixie board consists of a power supply, based on a LT3757, four PCA9555 I2C MUX, 4 IN-8-2 Nixie tubes, eight WS2812B RGB LEDs and a bunch of transistors. The connector on the Nixie board has the following pin out:

As with most of my projects, this is the point for a big big thanks for the team at watterott.com for the support with producing the PCBs! 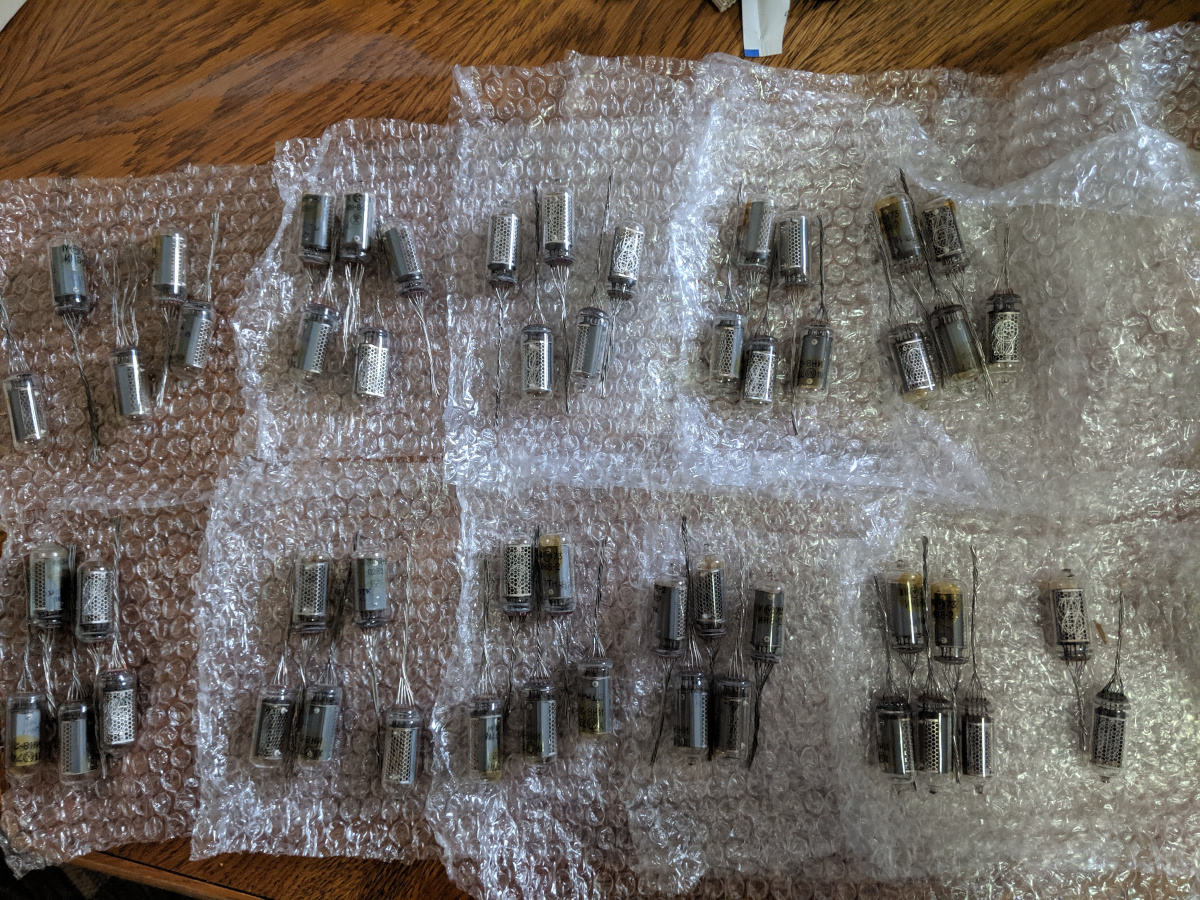 As a bottle of your chosen kind of beer is something very special, it obviously has to be put into the perfect light. Thus the bottle holder contains two 4-channel RGBW LEDs. The code for the nixie clock is written in micropython. Here a few of the core functions.

The clock has a few basic settings, which are defined in a JSON file on the ESP32:

These are the only two functions necessary for setting the Nixie tubes. The tube address is pulled from the following dictionary which contains the tube id and the applicable I2C address:

All functions for actually setting or rotating to a certain digit are based on these.

Sets a tube to a certain digit

Sets a tube to a certain digit, and also enables the decimal dot

By default all pins on the I2C muxes are activated, thus all digits on the tubes are iluminated. So the first function being called is tubes_init, which simply sets the muxes into the correct mode and deactivates all digits.

The Nixie backlight is controlled by the following function utilizing the NeoPixel library. The code could easily be extended to give each tube a different background colour.

This is the default color list, which is cycled for the color selection

The following block is used to fetch the current temperature from the used DHT11 sensor and then displays it.

Coding can be either done directly via USB in a micropython shell or simply a text editor.

“Flashing” or rather copying the files to the ESP32 can be easily done by using adafruit-ampy. 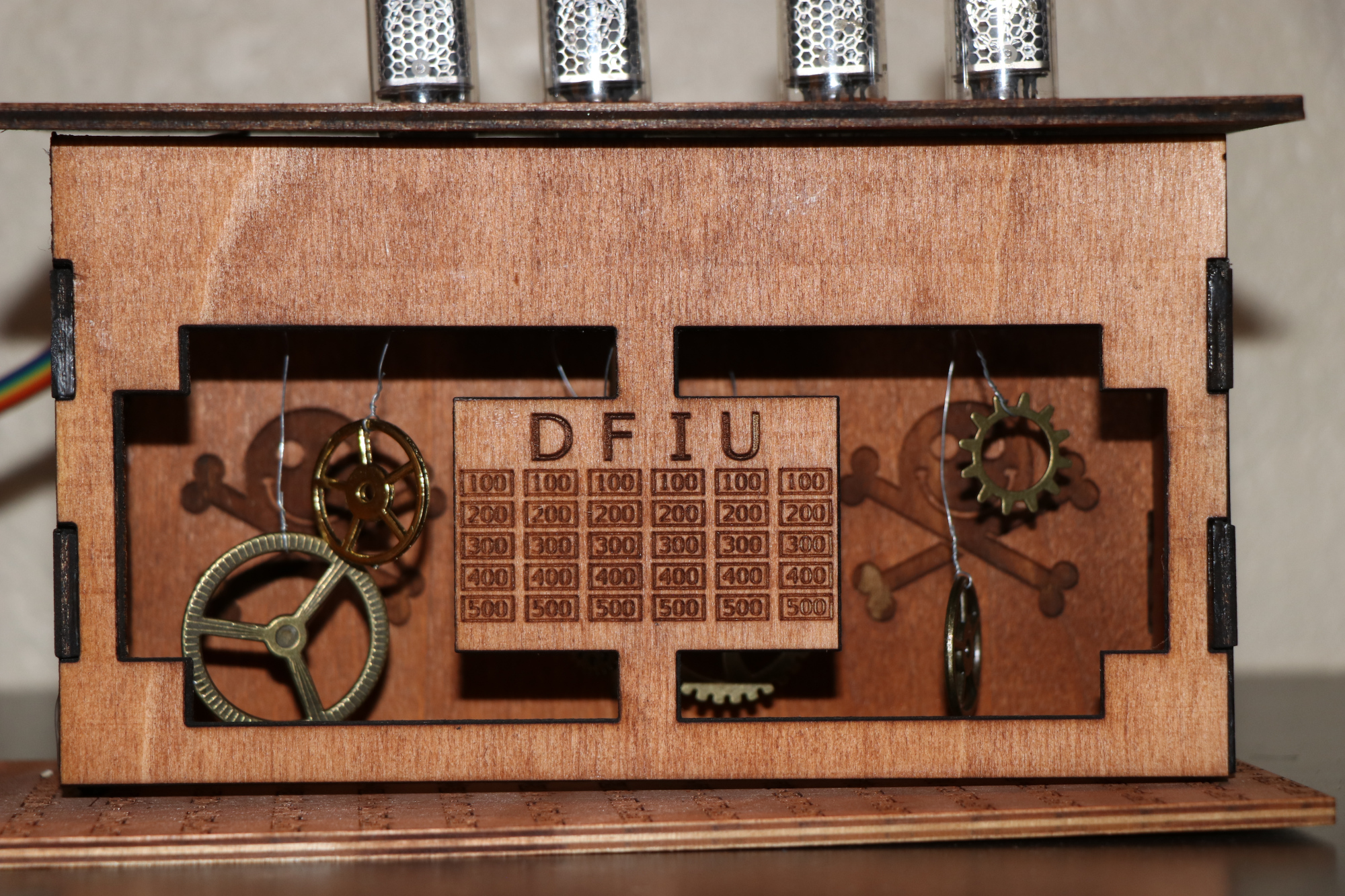 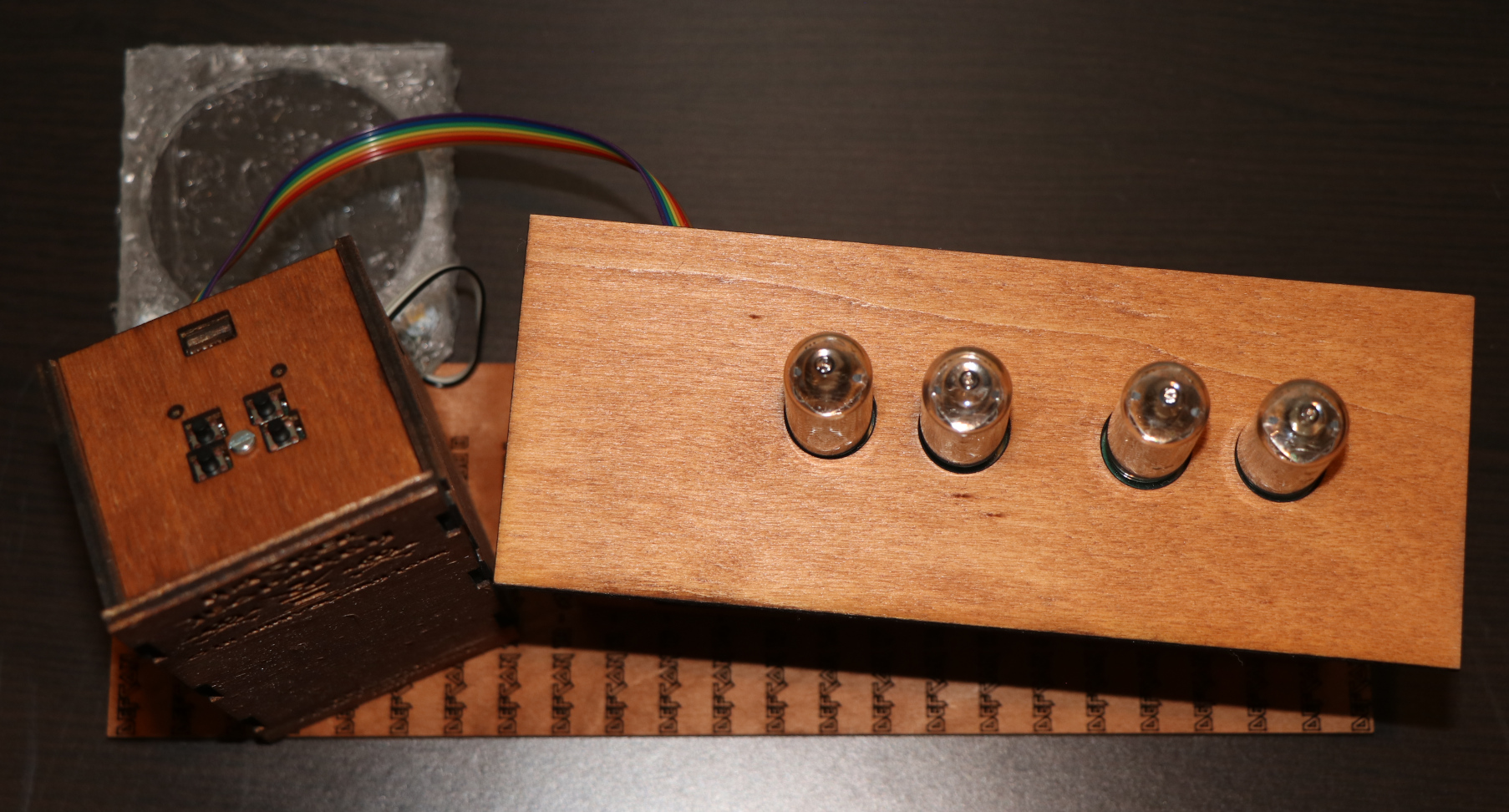 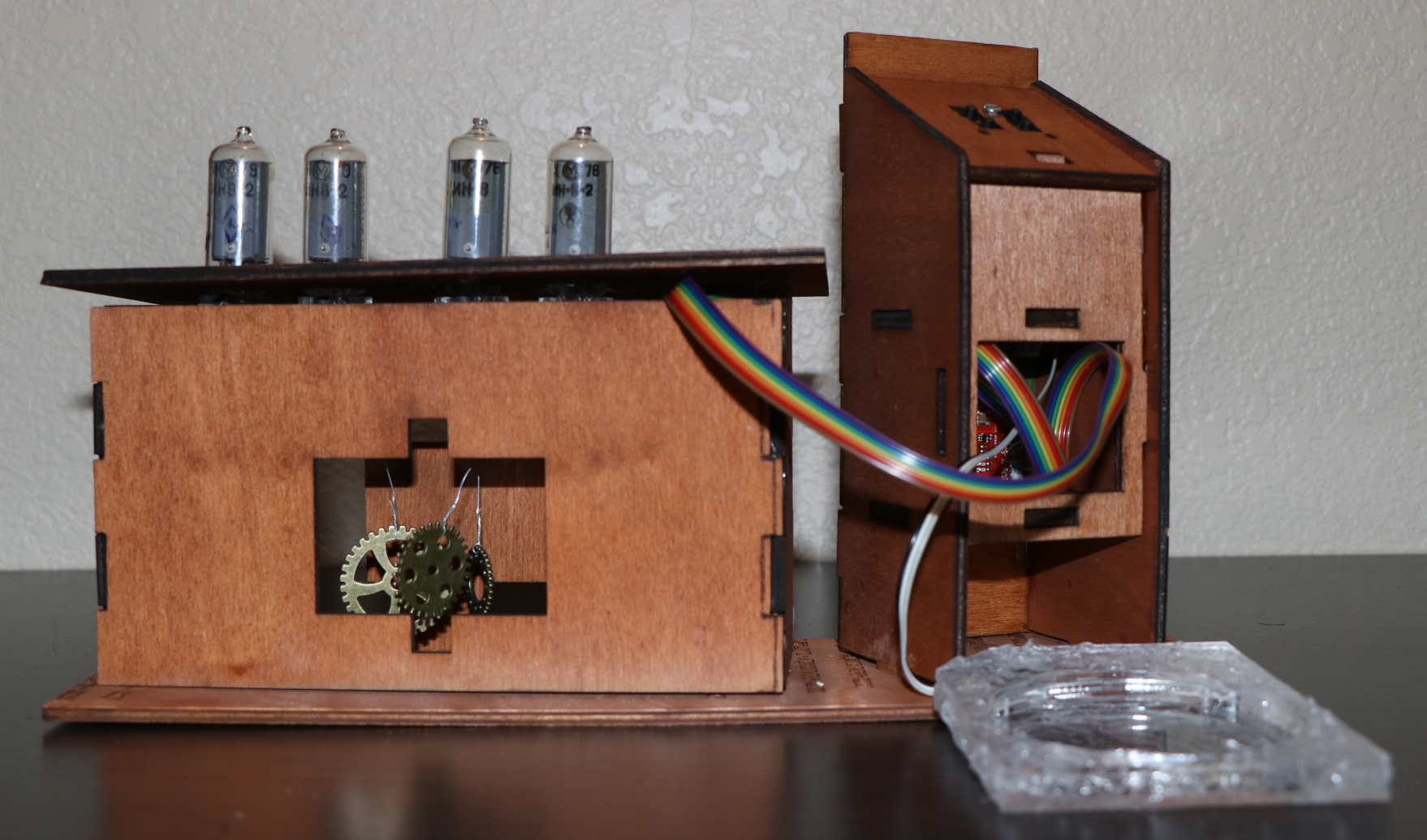 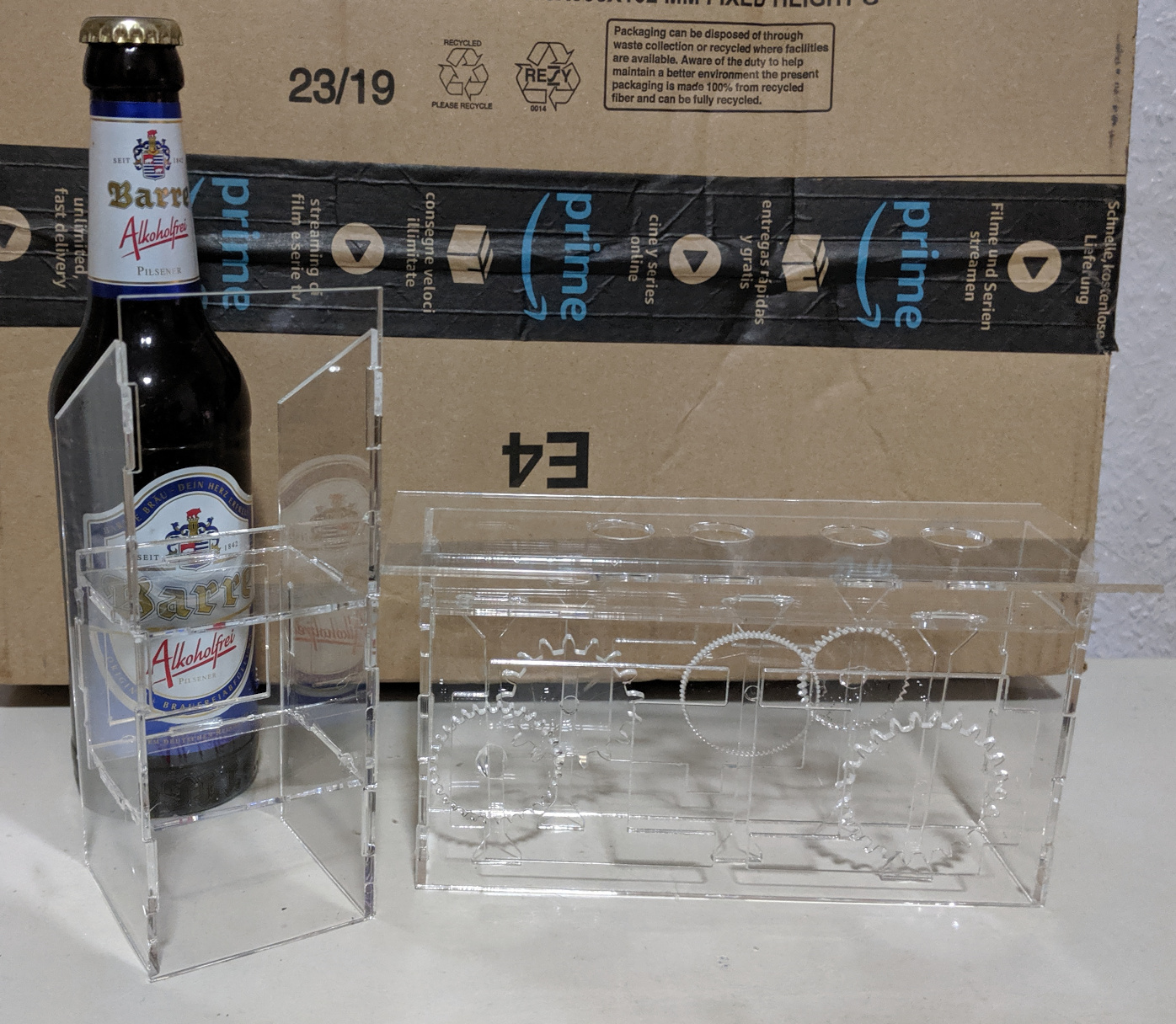 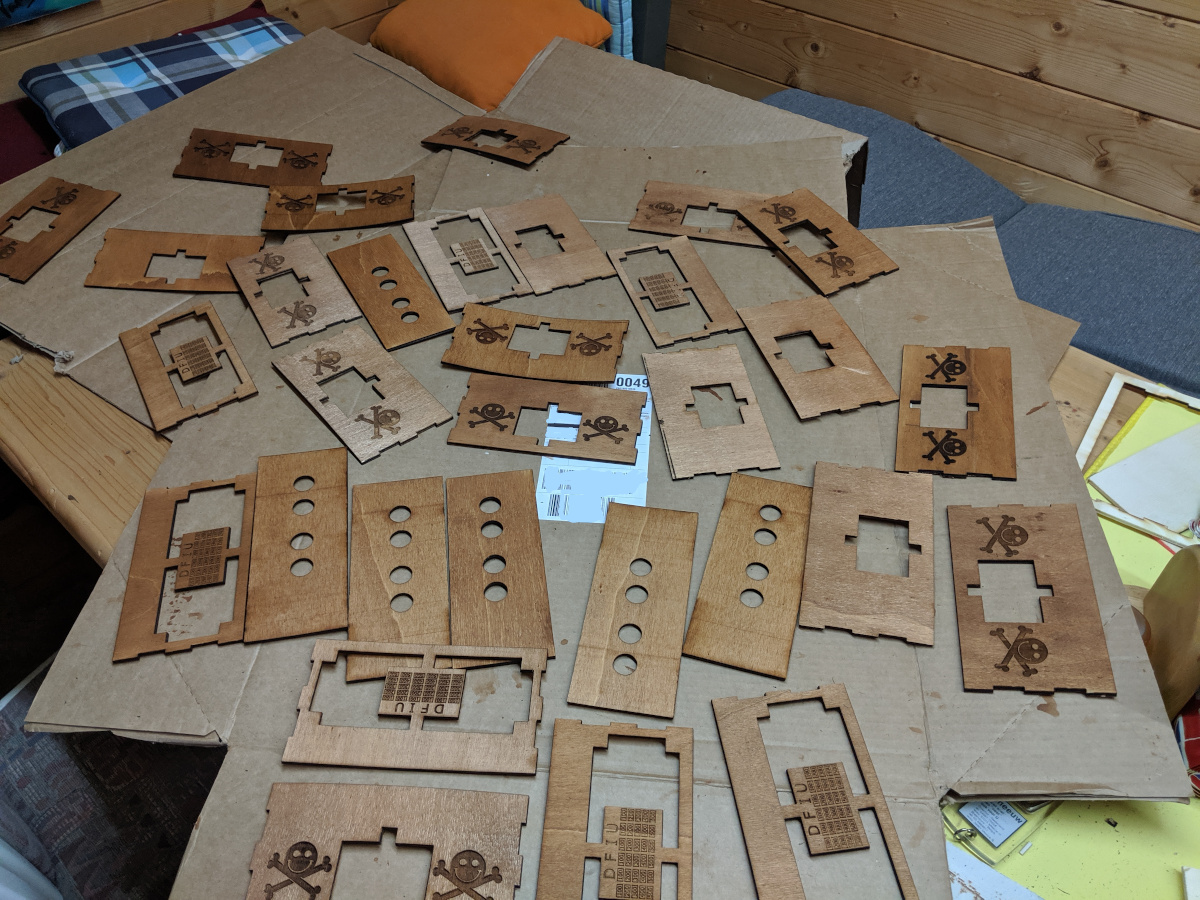 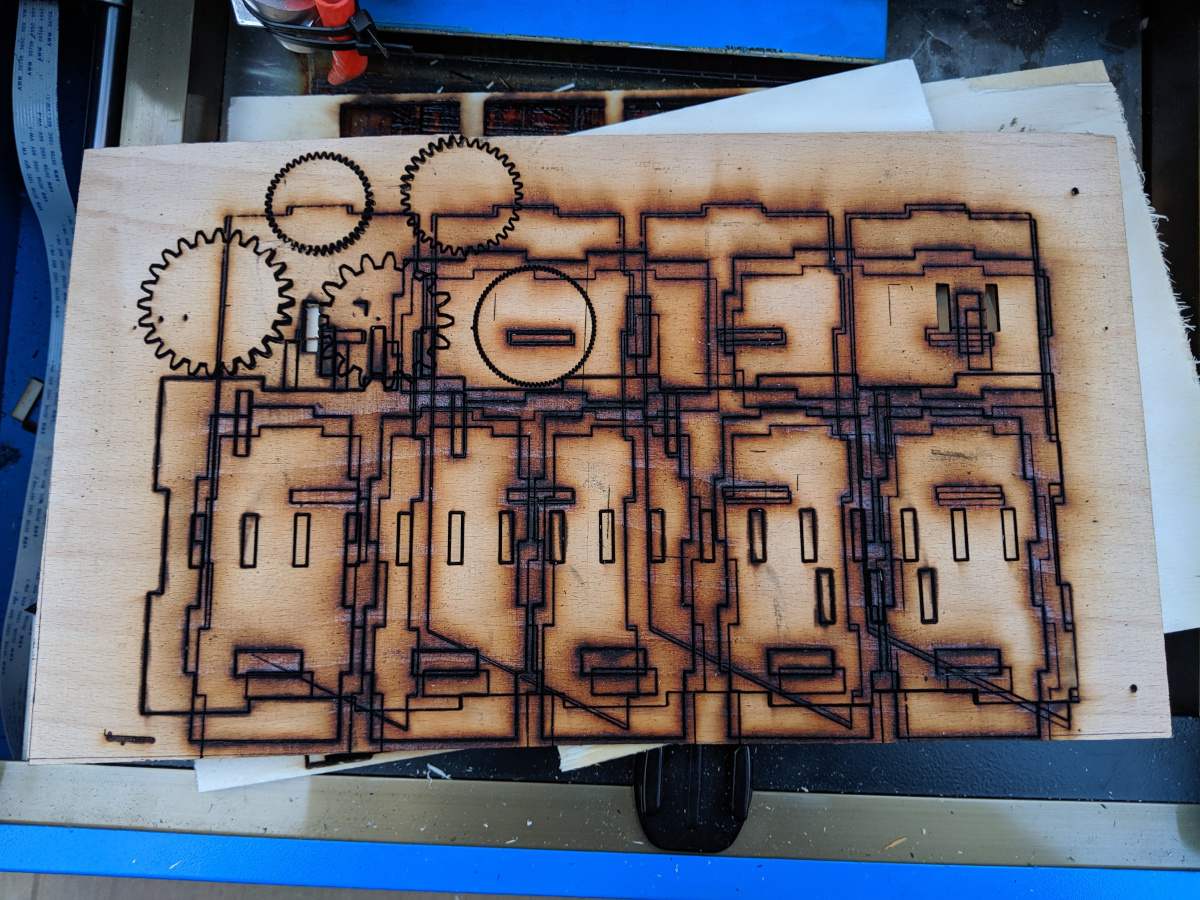 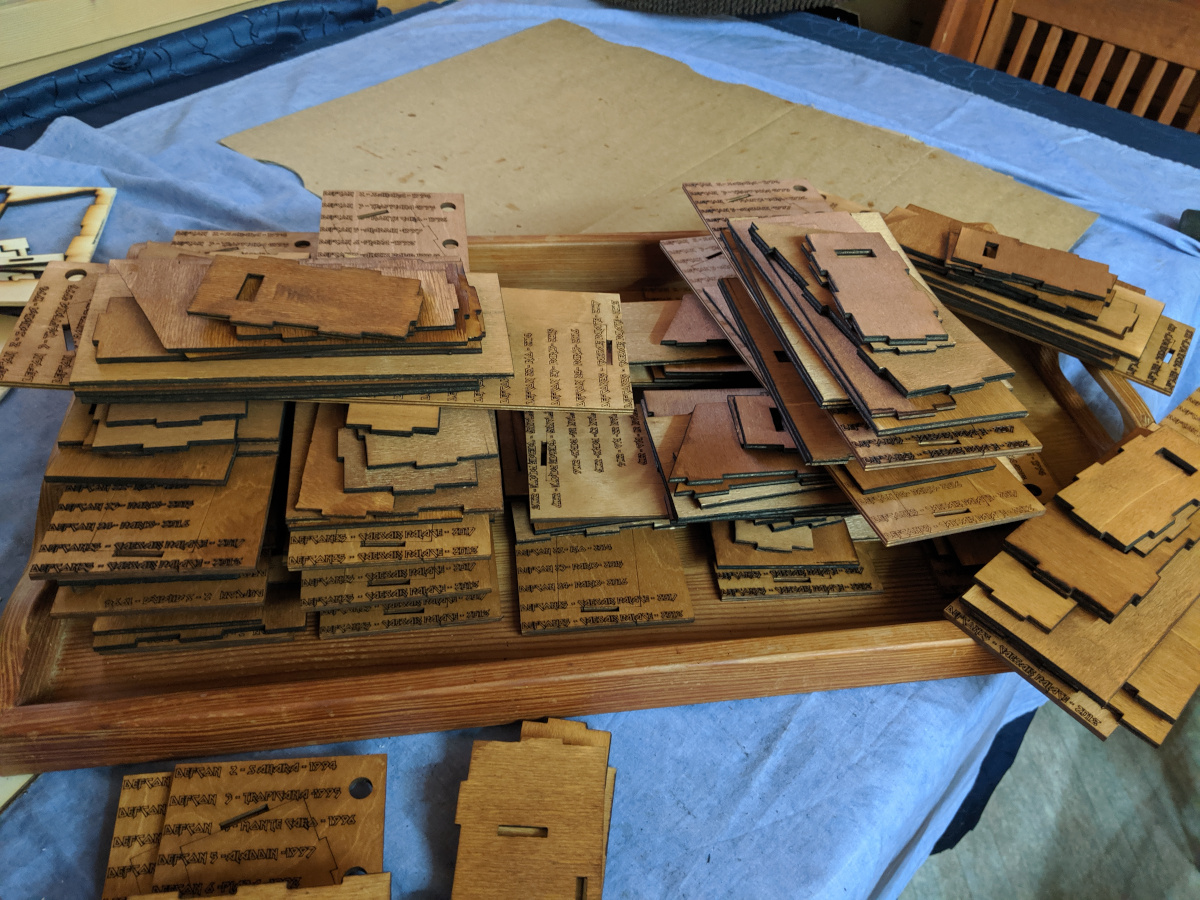 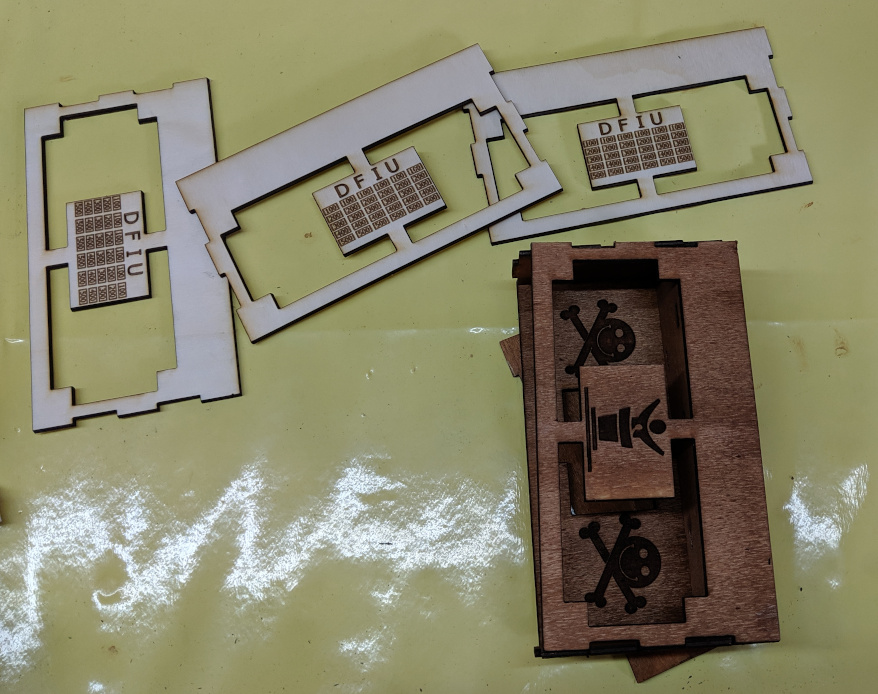 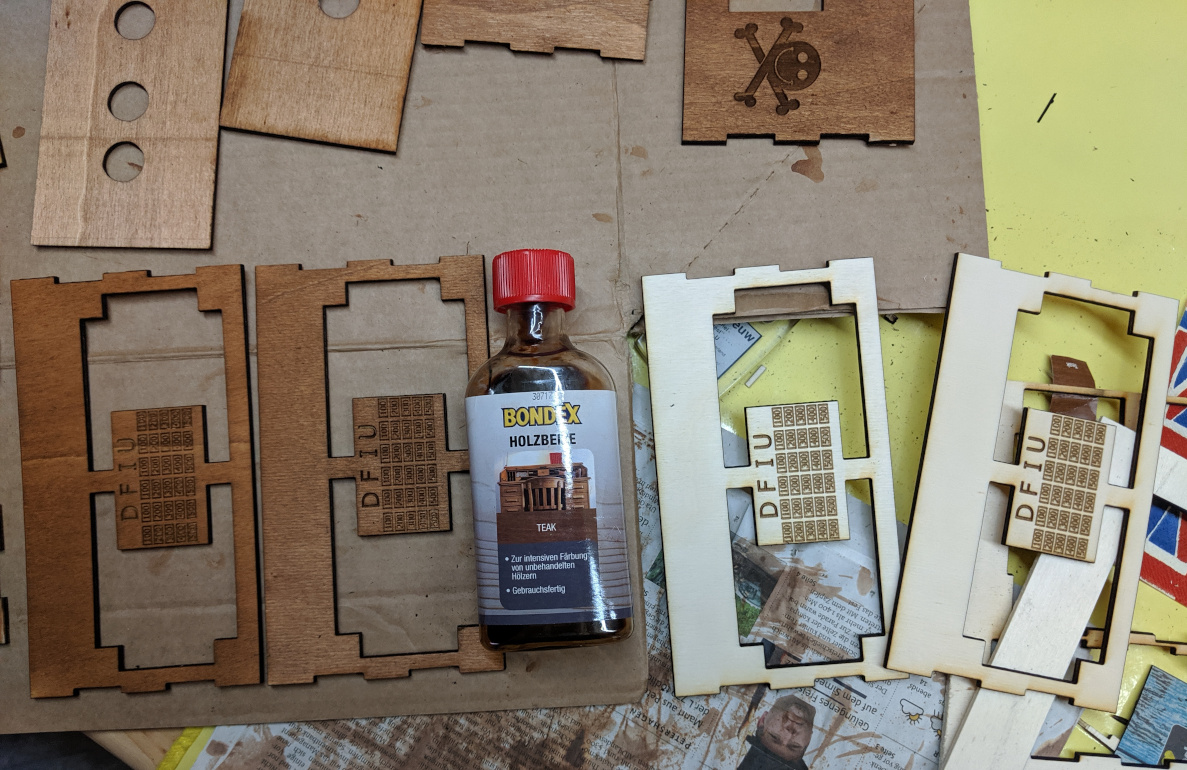