Running some Ubiquiti UniFi equipment, I’ve also got a USW-Flex-Mini 5 port switch in my setup. Turns out it’s easy to mess up one’s config for them, when taking shortcuts. Here a little insight into the issue, supported features and the solution for the Flex Mini.

My new USW-Flex-Mini doesn’t allow me to configure the VLAN I need! It only shows the VLANs I’m also using on the old switch. Searching for possible solutions I found a few threats on different boards:

Initially I thought the threads were dealing with my issue and was a little bit irritated, as they also stated that custom port configurations were not possible, even though I had customized VLAN settings on my old switch. A few posts also state that configuration is possible via the official mobile app (which I’m not using) and apparently this option is just a bug. So, let’s have a look at the practical issue.

The following screenshot shows the VLANs I may configure on each of my switch ports. LAN is the default network listed in the manager and VLANs 105, 108 and 150 are a few of the ones I’m using. 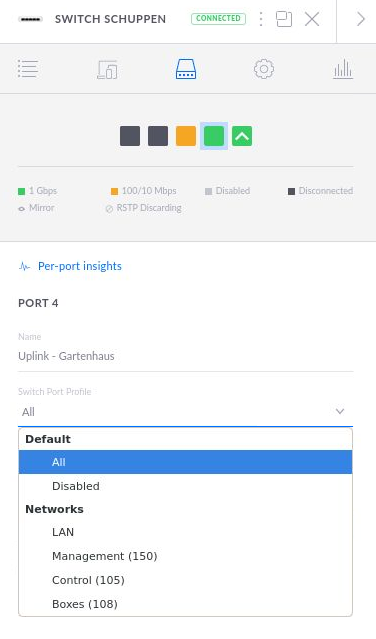 Now I’d love to configure the “internal” VLAN on one of the switch ports. So, I defined a new VLAN in Settings -> Profiles -> Switch Ports and am now able to use it on other equipment. But not the Flex Mini. And this is where I messed up! 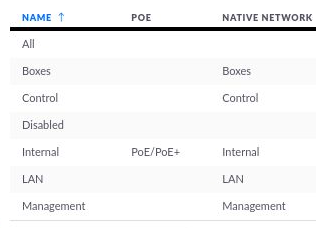 The Actual Issue and Solution

All settings under Settings -> Profiles -> Switch Ports are Custom Port Profiles. They allow you to configure multiple tagged and the native VLAN as a profile, which can then be applied to individual switch ports. This is the setting I’ve been using and which is not supported by the Flex Mini. 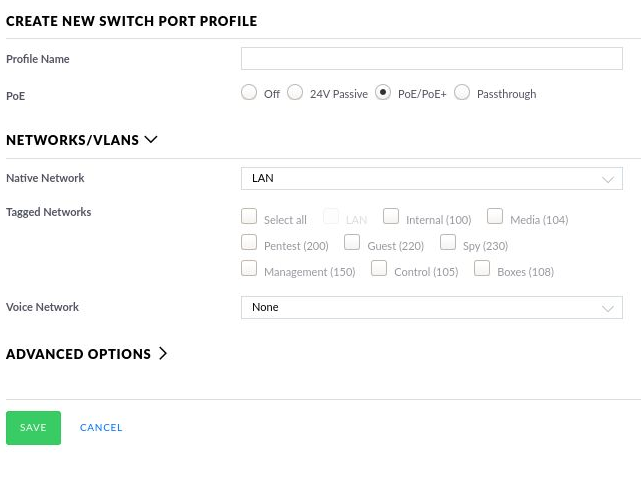 What I should have done

Had I been using the UniFi Manager for managing my networks I probably would have gone to Settings -> Networks. Here one can create a network profile. Which also creates a new port configuration.

This now is a Default Network port configuration which may also be configured on the Flex Mini. 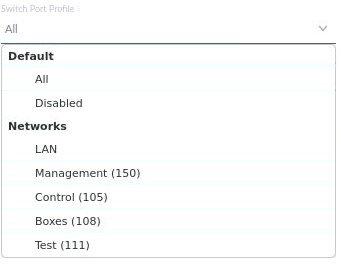 Looking back at Settings -> Profiles -> Switch Ports one also notices that the profiles resulting from the Default Network configurations may not be edited. I had thought this was a bug from updating the management system multiple times and thus an issue with the VLANs I had created during setup. Turns out it’s not! :)

What Can and Can’t be Configured

Yes, the USW Flex Mini is limited in its VLAN feature set. It is not possible to use a Custom port profile solely configured in Settings -> Profiles -> Switch Ports, thus you can’t configure a limited/specific list of VLANs for a single port. But you can configure a trunk port, with the All setting and obviously also limit the set of VLANs exposed to the Flex Mini via the uplink port configuration on the upstream switch. You can also configure each port as an individual access port for a specific VLAN as long as the associated network was configured via Settings -> Networks.

So luckily I can use the switch the way I wanted to: powering it via PoE and having access ports on separate VLANs for the Multimedia stuff and the printers. All I needed to do was delete all configured networks and set them up correctly.